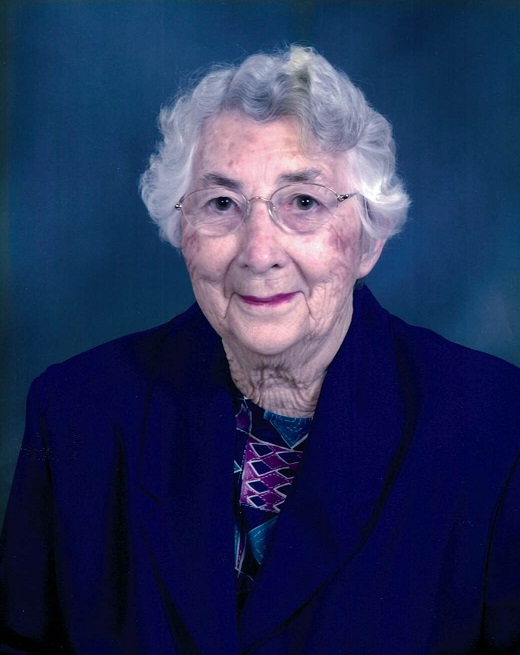 She was born in Hassan Township, Hennepin County on July 9, 1923 the daughter of Herman and Mathilda (Scherer) Liebau.

On June 22, 1946 Leona Liebau was joined in holy marriage to Elmer Finke at the Rectory of St. Martin’s Church in Rogers.

Mr. and Mrs. Finke engaged in dairy and hog farming for many years.  Elmer Finke preceded his wife in death on July 24, 1997.

In addition to her husband, Leona was preceded in death by her parents; two brothers; six sisters; a son and daughter-in-law Gerald and Carol Finke; grandson Michael Finke; great-grandson Payton Larson; and son-in-law Emil Lucht.

Mass of Christian burial will be held on Friday, July 22, 2022 at 11:30 AM at Mary Queen of Peace – St. Martin Campus in Rogers.  Father Mark Pavlik will be the Celebrant.  No flowers, please.

Interment will be held at St. Martin Cemetery, Rogers, MN.

Visitation will be held at the church one hour prior to Mass.