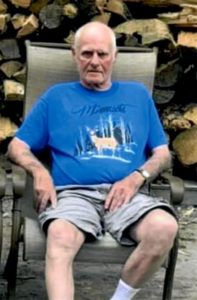 On March 23, 1957, Lawrence Lynch and Marlys Ende were united in marriage in Hampton, Iowa. The two were blessed with seven children.

Lawrence was a meat cutter all his life and was part of the UFCW Local Union 653.

Lawrence proudly volunteered on the Rogers Fire Department for 32 years.

He was a great family man who enjoyed playing a prank or two on his grandchildren. Lawrence also enjoyed spending time at the cabin and having campfires, growing flowers, ice fishing and spearing, and being with his family.

He is preceded in death by his parents; sister and two brothers; and grandson, Chad Smith.